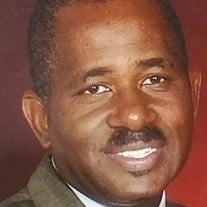 The Family Tribute/Obituary GOD, saw you getting tired, when a cure was not to be He wrapped his arms around you, and whispered, “COME TO ME.” You didn’t deserve what you went through, so he gave you needed rest, God’s Garden must be beautiful, He only takes the best. Vickey “Vic” (Bill) Griffin, 66, of Statesville passed away unexpectedly January 27, 2021 at Iredell Memorial Hospital following a brief illness. He was born April 9, 1954 in Iredell County to the late Esby Lee Griffin and Francis Mae Cain Griffin. Vickey graduated from South Iredell High School in 1973 and received several certifications in electronics and various other trades. He graduated from Ohio Institute of Technology, now known as DeVry University in 1978 in Columbus, Ohio. He received an associate degree in Engineering from Mitchell Community College. Vickey was employed by Randy Marion Car Dealership of Statesville and the Iredell County Area Transportation System (ICATS) at the time of his death. Vickey was a hard worker and worked various jobs complimenting the many skills he had. Vickey enjoyed reading and spending time with family who he loved dearly. He joined Third Creek Baptist Church at an early age where he was member of the Men’s Choir and attended Sunday School. Vickey was a faithful member and a faithful servant of God. In addition to his parents, he was preceded in death by one brother, Robert (Bobby) Edward Griffin and a sister, Doris Mae Griffin. Vickey is survived by his wife Betty Tearry Griffin, one son, Victor Edward Griffin both of the home. Two stepdaughters, Diamond Eggleston of Troutman, NC, Jasmine White and husband Tyrone of Statesville, NC. Three brothers Reverend Winford Griffin and wife Ann of Statesville, NC, Ernest Griffin and wife Emma of Stony Point, NC, Dwight Griffin of Morganton, NC. Four sisters Sheridan Jackson and husband Pete of Palatka, Florida, Janice Oakley of Statesville, NC, Joyce Smyre Gause and husband Purcelle of Wilmington, NC, Nancy Slater of Charlotte, NC. One sister-n-law Flora Griffin of Statesville, NC. Two grandchildren Justice and Jakeem Wellman; and a host of nieces, nephews, special cousins, other relatives, and friends. Those that knew “Bill” understood that he was a kind spirited and humble person. The desire to love everyone and be kind to your neighbor, he represented well. His presence was one that was always genuine and of peace. He never raised his voice or used profane language to question the character he always displayed. Even in his last days, he made a point to say, “tell everyone I love them.” Bill will be missed by so many people and those memories will be cherished by all who knew him. We give GOD all the praise and glory for his 66 years on earth. Rest easy my good and faithful servant. In tears we say you sinking, And watched you fade away, Our hearts were almost broken Because we wanted you to stay, But when we say you sleeping, So peacefully and free from pain How could we wish you back with us, To suffer again, It breaks our hears to lose you But you did not go alone, For part of us went with you The day God Called you home

The Family Tribute/Obituary GOD, saw you getting tired, when a cure was not to be He wrapped his arms around you, and whispered, &#8220;COME TO ME.&#8221; You didn&#8217;t deserve what you went through, so he gave you needed rest, God&#8217;s... View Obituary & Service Information

The family of Vickey "Vic" (Bill) Griffin created this Life Tributes page to make it easy to share your memories.

GOD, saw you getting tired, when...

Send flowers to the Griffin family.