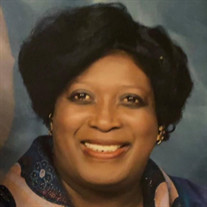 Shirley Ruth Thomas Little, 81 of Statesville passed away Monday, April 26, 2021 at Maple Leaf Health Care. She was born Monday, October 16, 1939 in Iredell County to the late Ruth Elizabeth Thomas. After the passing of her mother her late Uncle... View Obituary & Service Information

The family of Shirley Ruth Thomas Little created this Life Tributes page to make it easy to share your memories.

Send flowers to the Little family.