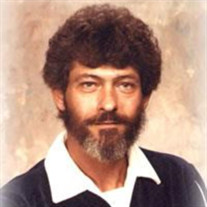 Roger J.Lemery, Sr., age 66, of 144 Cherokee Lane, Taylorsville, departed this life, Saturday September 12, 2009 at his home, following a long illness. He was born on December 18, 1942 in Nashua, NH, to the late Armond Lemery and Lucille Jean Lemery Tucker. He attended Nashua High and served in the United States Navy. He was a painter by trade and was employed by Century Furniture of Bethlehem. Roger enjoyed collecting stamps and coins, playing with his grandchildren and was active in their school. He was a member of a C.B Club, the AARP, attended Amazing Grace Tabernacle and was of the holiness faith. In addition to his parents he was preceded in death by two brothers, Richard J Lemery and Martin Tucker; two step brothers; and one step sister, Doris. He was a beloved husband of forty five years to his wife Judy Lee Boothe Lemery of the home. He was a loving father to Melissa Ann Rich of Taylorsville and Roger J. Lemery, Jr. of Taylorsville. Roger was a special father in law to George Thomas Rich, Jr. and Sherry Shook. Roger was a devoted grandfather to his three granddaughters, Monica Lynn Rich and Abigail Mackenzie Rich both of Taylorsville, and Samantha Lemery of Ft Lauderdale, FL. Also surviving: his step father, Richard Tucker of Nashua, NH; two brothers, Arthur Lemery of Hudson, NH and Roland Lemery of Mermack, NH; one sister, Linda Tucker of Nashua, NH; and one step sister, Irene of NH. A memorial service will be conducted 7:00pm Thursday September 17, 2009 at Northside Baptist Church, located 2 miles north on US Hwy 16, Taylorsville. Rev. John Bandy will officiate. Memorials may be sent to: 144 Cherokee Lane, Taylorsville, NC 28681.

Roger J.Lemery, Sr., age 66, of 144 Cherokee Lane, Taylorsville, departed this life, Saturday September 12, 2009 at his home, following a long illness. He was born on December 18, 1942 in Nashua, NH, to the late Armond Lemery and Lucille Jean... View Obituary & Service Information

The family of Roger J. Lemery Sr. created this Life Tributes page to make it easy to share your memories.

Send flowers to the Lemery family.