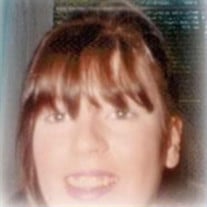 Laura Ann Shrimp Hager, 31, of 108 BC Drive, Statesville, passed away unexpectedly Sunday, July 12, 2009 at Davis Regional Medical Center. She was born June 23, 1978 in Iredell County to Harry George Shrimp of Davie County and the late Sheila Kilpatrick Brown. She attended Iredell-Statesville Schools and was a High School Graduate and attended Mitchell Community College. Although she has had various employment in the community, her position as CNA and helping others was favored. At present she was a homemaker and spending time with her son brought her great pleasure. In addition to her mother she was preceded in death by her paternal grandparents, Wilbur G. Shrimp and Lucille S Shrimp; maternal grandfather, Roy Lee Kilpatrick; an aunt, Patricia K. Adams; and cousin, Anthony L. Cook. . In addition to her father, she is survived by her husband, Charlie Ray Hager of the home; a son, Brantley Ray Hager of the home; half brother, Adam Lee Brown; step brother, Joshua Shawn Brown all of Statesville; two aunts, Leslie K. Wyatt and husband Jody of Statesville, Mrs. Carol Shrimp of Germany; Father in law, William F Hager; mother in law, Rita L Hager; brother in law, Franklin E Hager and wife Vickie; sister in law, Judy C White and husband Curtis all of Statesville; three nieces, Brittany W Holden and husband Leon of Florida, Stephanie White and Lindsey Hager both of Statesville; a nephew, Matthew White also of Statesville; A great nephew Quaid Holden of Florida; and she leaves a host of uncles, aunts, cousins and friends. Funeral services will be conducted at 3:00pm Thursday, July 16, 2009 at Redemption Baptist Church. Rev. Clarence E Dellinger and Rev. Curtis White will be officiating. Burial will follow in the church cemetery. The family will receive friends from 2:00-3:00pm at the church prior to the funeral. Memorials may be given to The Brantley Ray Hager Trust Fund via Wachovia, 241 Log Cabin Road, Statesville, NC 28677. Laura always said her greatest gift from God was her son, whom she loved dearly.

The family of Laura Ann Shrimp Hager created this Life Tributes page to make it easy to share your memories.

Send flowers to the Hager family.