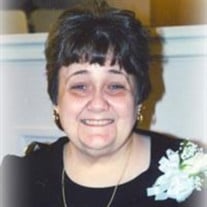 Kathy Renee Rhyne, 57, of 110 Stony Point School Road, Stony Point, passed away Wednesday October 8, 2008 after an extended illness at Iredell Memorial Hospital. She was born on December 13, 1950, in Iredell County, to the late Boyce Rhyne and... View Obituary & Service Information

The family of Kathy Renee Rhyne created this Life Tributes page to make it easy to share your memories.

Send flowers to the Rhyne family.