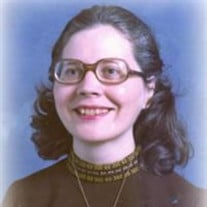 Jane Kay Hawkins, 69, of 185 Forest Rd., Taylorsville, passed away Wednesday July 30, 2008 at Iredell Memorial Hospital. She was born on April 22, 1939 in Guilford County, to the late Clyde Hawkins and Bertha Spencer Hawkins. She graduated Greensboro Senior High School in 1957, graduated Guilford College, received her Masters degree at Appalachian State University and her Masters in Library Science at University of North Carolina in Greensboro. She was employed as a Librarian, for the Alexander County School System and a member of First Baptist Church in Taylorsville. In addition to her parents she was preceded in death by her brother, Clyde Ray Hawkins. She is survived by her sister, Mrs. Ruth H. Foy and husband Gene of Stony Point, with whom she had made her home the last 9 months; one niece, Laura Foy Lail of Stony Point; two nephews, Mark S Foy of Taylorsville and Peter L Foy of Statesville; five great nieces, Addi Foy, Carly and Claire Foy, Lauren Bailey, Alexis Lail; one great nephew, Alek S Foy. Memorial services will be conducted Friday August 1, 2008 at 6:00pm at Chapman Funeral Home Chapel. Burial will be at the Forest Lawn Cemetery in Greensboro. Rev. Timothy Marsh and Rev. Timothy Watson will be officiating. The family will receive friends following the service at Chapman Funeral Home. Memorials may be given to the Hospice of Iredell County, 2347 Simonton Rd, Statesville, NC 28625 or First Baptist Church, PO Box 305, Taylorsville, NC 28681

The family of Jane Kay Hawkins created this Life Tributes page to make it easy to share your memories.

Send flowers to the Hawkins family.