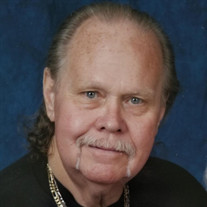 James Marvin Franklin Jr loving husband and father of Statesville passed away peacefully to be with his Savior in the evening hours of Saturday December 12. He was born in Durham, North Carolina January 28 1942, He was the only child to the late James Marvin Franklin Sr. and Pearl Collier Franklin. He graduated from Southern High School in 1960. He knew the importance of hard work, having worked as a bus driver at his high school while attending. Afterwards, “I was fortunate enough to be at the right place at the right time” as he would say and began a 30 year long career with “Big Blue”, IBM. His ascension at IBM took him from the production floor to overseeing product development overseas in Amsterdam and the United Kingdom. He had a “grab it and growl” confidence tempered by good judgement. James, known as Jimmy to close friends, also enjoyed the nickname “Big Dog” which stuck during his culinary endeavors in creating the perfect North Carolina style BBQ. He is the originator and founder of Carozona BBQ which provided him another outlet for his creativity, passion, and love of food. He won numerous local and regional awards for his BBQ which could be found on the plates of nationally renowned caterers as well as those in need. With roots in the Baptist Church and later a practicing Methodist, his abiding faith in God was his life’s compass. He leaves behind a loving wife of 55 years, Sarah Alexander Franklin, his beloved Yorkie, Zoey, and two loving and adoring daughters, Melissa Franklin of Colorado, and Angela Franklin of Statesville who all miss him dearly. Also surviving one grandson, Matias Wojcik of Colorado, devoted brother- law Dean Alexander and wife Peggy of Stony Point and Glenda Robertson Of Stony Point A graveside service will be conducted 3:00 pm Tuesday, December 15, 2020 at Stony Point United Methodist Church. Rev. Mickey Moree and Rev. Donnie Durham will officiate. The body will lie in state Tuesday, December 15, 2020 from 11:00 am til 2:00 pm at Chapman Funeral Home. Memorials may be given to Stony Point United Methodist Church, 311 Ruritan Park, Stony Point, NC 28678. The family request all fallow CDC guidelines wear Mask stay and 6 feet apart. Chapman Funeral Home is honored to be serving the family of James Franklin Jr.

James Marvin Franklin Jr loving husband and father of Statesville passed away peacefully to be with his Savior in the evening hours of Saturday December 12. He was born in Durham, North Carolina January 28 1942, He was the only child to the... View Obituary & Service Information

The family of James "Jimmy" Marvin Franklin Jr. created this Life Tributes page to make it easy to share your memories.

Send flowers to the Franklin family.