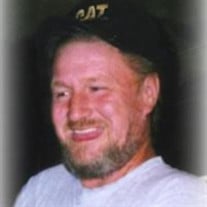 Harold Dean Minton, age 65, of 451 Adams Pond Lane, Taylorsville, passed away, Sunday November 1, 2009 at Frye Regional Hospital, after an extended illness. He was born on May 12, 1944 in Alexander County, to the late Raymond Lee Minton, Sr.... View Obituary & Service Information

The family of Harold Dean Minton created this Life Tributes page to make it easy to share your memories.

Send flowers to the Minton family.