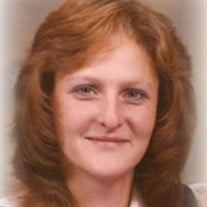 Debra Wilhelm “Debbie” Henderson, 53, of 2323 Old Wilkesboro Rd., Statesville, passed away unexpectedly Saturday, May 24, 2008 at her home. She was born on February 4, 1955, in Iredell County, to the late Johnny Wilhelm and Marjorie Munday of Statesville. Debbie was a proud and loving wife, mother and grandmother. She devoted her whole life to helping others. She was retired from the Iredell Statesville Schools where she served as a counselor for many years. She was a member of Beulah Baptist Church. In addition to her father she was preceded in death by her son, Adam Frederick Frazier; maternal grandparents, Fred and Elva Munday and mother in law, Margaret Henderson. She is survived by her husband Rex Dean Henderson, Jr. of the home; one daughter Abigail Elisabeth Frazier of Statesville; one sister Terry Quinn and husband Mike; one grandson, Bryson Avery Caldwell of Mt Holly; father in law, Rex Henderson, Sr.; a sister in law, Renee Bentley and husband Berry; a brother in law, Byron Henderson and wife Debbie; and a number of nephews and nieces. A memorial service will be conducted Thursday May 29, 2008 at 7:00pm at Beulah Baptist Church. Rev. Henry Cook will be officiating. The family will receive friends after the service. In lieu of flowers, the family requests that memorial contributions be made to: Abigail Frazier for a trust fund for grandson, Bryson Caldwell, 2323 Old Wilkesboro Rd., Statesville, NC 28625.

The family of Debra (Debbie) Wilhelm Henderson created this Life Tributes page to make it easy to share your memories.

Send flowers to the Henderson family.