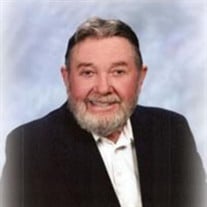 BMC John Price Godfrey, Sr., USNR, Retired age 85 of 179 Paradise Peninsula, Mooresville passed away peacefully Monday March 8, 2010 at his home, after battling a long term illness. He was born August 2, 1924 in Iredell County to the late Allie Byrd Godfrey and Eva Bruce Godfrey. He was born and raised in Hiddenite, served in the Navy during both WWII and the Korean War retiring as Chief Petty Officer. He also owned and operated B & J Radio & TV Service in Statesville for 25 years, and he was president of Boat and Motor Center in Charlotte until he retired in 1986. He lived and raised his family in Statesville until he moved to Lake Norman where he spent many years doing what he loved; being an avid fisherman and building houseboats where he and his friends shared numerous memorable moments. He also had a deep passion for motorcycles and spent a lot of time cruising the countryside. He enjoyed being with family and friends and stayed active in various interests. He fought a good fight showing courage and perseverance in all that he did. He will always be remembered for his kindness, sense of humor and love of life. He was a dedicated man in serving God at Rocky Mount Methodist Church and his country. In addition to his parents he was preceded in death by his former wife, Lucille Jordan. He is survived by his son, John P. Godfrey, Jr. and wife Lisa of Charlotte; daughter, Sherry Peck and husband Russ of Sagamore Beach, MA; two sisters, Dot Herb of Hiddenite and Mary Brady and husband Gene of Roanoke, VA; one brother, Wilson Godfrey and wife Lois of Hiddenite; one brother in law, Flake Pharr of Augusta, GA; one sister in law, Thelma Godfrey of Hiddenite; five grandchildren; two step grandchildren; two great grandsons; and many nephews and nieces. Funeral services will be conducted 11:00am Friday March 12, 2010 at Pisgah United Methodist Church in Hiddenite. Rev. Byron Alexander and Rev. Mike Canady will officiate. Burial will follow in the church cemetery. Military rites will be provided by Hiddenite Post #10,000 and Taylorsville Post #5466. The family will receive friends from 10:00-11:00am prior to the service. Memorials may be given to Pisgah United Methodist Church 488 Hill Farm Rd., Hiddenite, NC 28636 or the US Navy Memorial 701 Pennsylvania Ave., Washington DC 20004-2608.

The family of BMC John Price Godfrey Sr. created this Life Tributes page to make it easy to share your memories.

Send flowers to the Godfrey family.